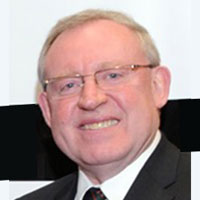 Dr Pat O’Neill is a Consultant in Orthopaedic and Sports Medicine at the Mater Private Hospital and Cappagh National Orthopaedic Hospital in Dublin, University Lecturer in Orthopaedic Sports Medicine at Trinity College Dublin, and Past Dean (2006-08) of the Faculty of Sports and Exercise Medicine of the Royal College of Surgeons in Ireland (RCSI) and Royal College of Physicians of Ireland (RCPI), Chairman of the Medical Advisory Committee of Irish Rugby Football Union (2010-16), Member of the Anti-Doping Disciplinary Committee of the Irish Sports Council (2005 – 2016); and Member of the Anti-Doping Disciplinary Panel (2005-2016) of the Gaelic Athletic Association. 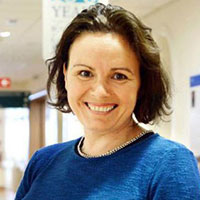 On her return to Ireland she was awarded the Denis O’ Sullivan Fellowship, as well as the Irish Institute of Clinical Neurology/ UCB Pharma Bursary in Neuroscience, and spent a year studying the mechanisms and treatment of neonatal brain injury with the Neonatal Brain Research Group.

She has worked in the Bon Secours Hospital in Cork since 2012, and in 2016 established Ireland’s first paediatric concussion clinic. 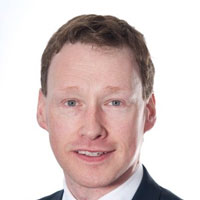 Mr Declan Bowler graduated from RCSI in 1994, completing his Irish Higher Surgical Training in 2005. His interest in arthroscopy and sports medicine led to his Orthopaedic Sports Medicine fellowship at the Hughston Clinic in Columbus, Georgia, USA. His interests in the young adult hip and hip arthroscopy led to further fellowships in Vail, Colorado and in Melbourne, Australia with leading pioneers in the field.

Since his return to Cork in 2007, his practice has grown to serve the local needs of the community for acute sports injuries and the painful young adult hip. 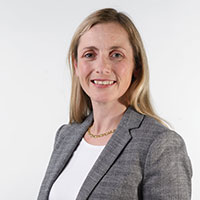 I graduated from UCD with a B Physio in 1991. I was on the first intake of the MSc Sports Medicine in Trinity College Dublin from which I graduated in 1993. After graduation I gained extensive experience in Chicago and subsequently in London, developing my skills in the area of musculoskeletal and sports physiotherapy. In 1996 I established the Shannonside Physiotherapy Clinic in Newmarket on Fergus and developed the practice into a leader in the field of isokinetic evaluation and rehabilitation. Our clients ranged from national and international athletes to recreational athletes. I was awarded the status of Specialist Member of the Irish Society of Chartered Physiotherapists in 2006 and became a Certified Strength and Conditioning Specialist in 2011. I joined Bon Secours Galway in April 2017 and as well as being Physiotherapy Manager am also a Clinical Specialist. My focus is to maximise the rehabilitation offering of Bons Physiotherapy across the areas of musculoskeletal and sports medicine, including services such as concussion rehabilitation, isokinetic evaluation, and strength and conditioning based rehabilitation across all population groups. 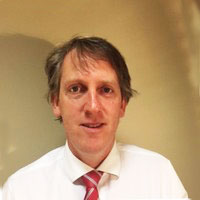 Enda graduated from NUIG in 2001 and following this underwent surgical training and completed his Membership of the Royal College of Surgeons in Ireland. He subsequently completed his training in General Practice and obtained further post graduate diplomas in Dermatology, Paediatrics and Medicine for the Elderly. He has a special interests in Minor Surgery, Cryotherapy and Sports Injuries. 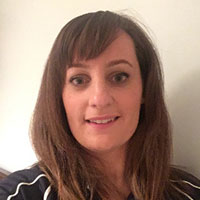 Aoife is a fully licensed Chartered Physiotherapist with current membership of the Irish Society of Chartered Physiotherapists. Aoife graduated in 2002 from UCC with an honours degree in Physiology, she then attended Glasgow Caledonian University where she received her physiotherapy qualification in 2005. She joined the Bon Secours Physiotherapy team in 2005. Aoife has a special interest in orthopaedics, sport injuries, concussion management and cardiac rehabilitation. She completed the Certificate in Manual Concepts in 2009. In 2014 Aoife completed a Masters in Sports and Exercise Medicine in UCC. Since joining the Bon Secours, Aoife has completed a number of postgraduate training courses in musculoskeletal, orthopaedic, spinal manual therapy, acupuncture and cardiac rehabilitation. She has undergone training in concussion treatment and management with world leading concussion experts UPMC and is one of the UPMC concussion network lead physiotherapists in Ireland. Aoife has also lectured ITEC Anatomy and Physiology for Fitness Instructors and has worked with the Cork Camogie teams both senior and intermediate in past years, was part of the medical team providing physiotherapy services to boxers at the Commonwealth games in Glasgow in 2014 and she also presently works with the turf club covering horse racing meeting providing physiotherapy services to the jockeys.

Aoife is the Senior physiotherapist in Orthopaedics in the Bon Secours in Cork and is now the new Clinical Specialist Triage Physiotherapist for sport injuries. 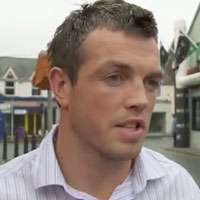 Ian Dowling (born 5 October 1982) is a retired Irish rugby union and rugby league player. He played underage and junior club rugby with Kilkenny RFC . He won an All-Ireland League medal with Shannon RFC before joining Munster, with whom he has won two European Rugby Cups both in Cardiff in May 2006 and May 2008. He also has played for the Ireland national rugby league team and Ireland A level. Caretaker Ireland coach Michael Bradley named him in the Ireland squad for the summer 2008 tour to New Zealand and Australia. Dowling played 27 times in the Heineken Cup for Munster, scoring 5 tries. Dowling won his first cap with the Irish International Rugby Union Team on their 2009 summer tour of North America when he lined out against Canada on 23 May 2009. 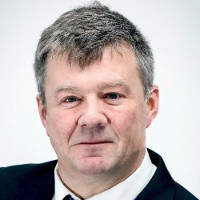 Professor Eric Masterson graduated with Honours from University College Dublin in 1984. He served his Internship in the Mater Misericordiae University Hospital in Dublin. He obtained a BSc in Anatomy in 1986 and Fellowship of the Royal College of Surgeons in Ireland in 1988. Thereafter he commenced the Senior Registrar Training Programme in Orthopaedic Surgery.

In 1994 Professor Masterson was awarded a Masters Degree in Surgery and became a Fellow of the Royal College of Surgeons (FRCS Orthopaedics and Traumatology). He subsequently completed a one year Clinical Fellowship in Adult Reconstruction in Vancouver Canada and a six month Clinical Fellowship in Musculoskeletal Oncology in Toronto, Canada.

Professor Masterson returned to Ireland in 1997 and commenced practice as Consultant Orthopaedic and Trauma Surgeon in Croom Orthopaedic Hospital and University Hospital Limerick. He was appointed as Adjunct Professor of Orthopaedic Science in the University of Limerick in 2002.

Professor Masterson is the author of several book chapters and over 60 publications in peer reviewed journals. He is the Irish Representative of the European Hip Society. He has served on the Editorial Boards of national and international medical journals, been Chairman of numerous meetings and mentored Orthopaedic trainees on an ongoing basis over the last 20 years.

Professor Masterson joined Bon Secours Hospital Limerick at Barringtons as Head of the Department of Orthopaedics in January 2018. He had enjoyed a long sojourn from the Bon Secours Group, having first worked for the Bon Secours Sisters in Glasnevin, Dublin in 1986 as a Medical Officer.

He brings with him a wealth of experience pertaining to all aspects of orthopaedic surgery. His main area of clinical interest has been hip and knee arthroplasty surgery. To date Professor Masterson has performed in excess of 8000 major joint replacements 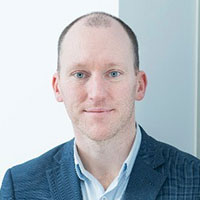 Stephen was appointed to the Bon Secours Health System Cork in July 2016.A graduate of University College Dublin Medical School in 2002, Stephen has also completed Masters Degrees in Applied Biomechanics through the University of Strathclyde and a Masters of Surgery through U.C.D.He attained FRCS status in Trauma and Orthopaedics in 2014 and completed the Irish Higher Surgical Training Program in 2015. Since then Stephen has travelled to Australia for Fellowship training in Robotic Joint Replacement Surgery. 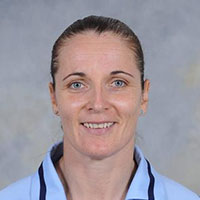 Former Clare and Dublin player Noelle Comyn is the new Clare ladies’ senior football manager. A native of Tubber, Noelle was appointed at a special Clare County Board meeting held on Tuesday night. As a player, Noelle won numerous ­titles in football and camogie at club and county level in her native Clare. She has added to that collection since moving to Dublin in 2004, where she is still based. Noelle’s football honours in Clare include nine senior championships with Fergus Rovers as well as Division 1, 2, and 3 National League medals, an All-Ireland junior title in 1991, two All-Ireland B championships and a Munster Senior Championship title in 2001. Noelle was also selected as an All-Star that year. 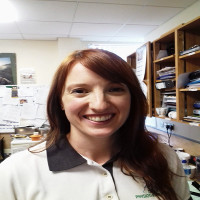 Mairead Collins is a Senior Physiotherapist working in the areas of Neurology, Vestibular Rehabilitation and Oncology.  Mairead graduated in 2003 from Keele University with an honours degree in Physiotherapy. She has over 15 years experience working in the acute and rehab setting.  She has a special interest in Post Concussion Rehabilitation having recently attended specialised training by UPMC. She works closely with our Consultant Oncologists, Neurologists and Paediatrician. She is also is responsible for mentoring students and junior staff.